Most HIV-1 infections are initiated by single viral variants. As a result, it was hoped that characteristics shared among transmitted variants could be identified and targeted for vaccine design. However, a successful HIV-1 vaccine has yet to be developed, despite numerous trials in the 35 years since the virus was discovered.

In this project, we have been developing a probabilistic model of transmission between infected and susceptible individuals. Our model is parameterised using both within-host and population-level data. By explicitly considering changing viral loads and viral diversity during each donor's course of infection, our model predicts the different compositions (numbers of distinct viral particles and variants) of new HIV-1 infections in a population. Careful consideration of the changing diversity of variants in donor individuals, and the precise timings of transmissions, is vital for understanding patterns of HIV-1 transmission in different populations.

A publication based on this work is available here. 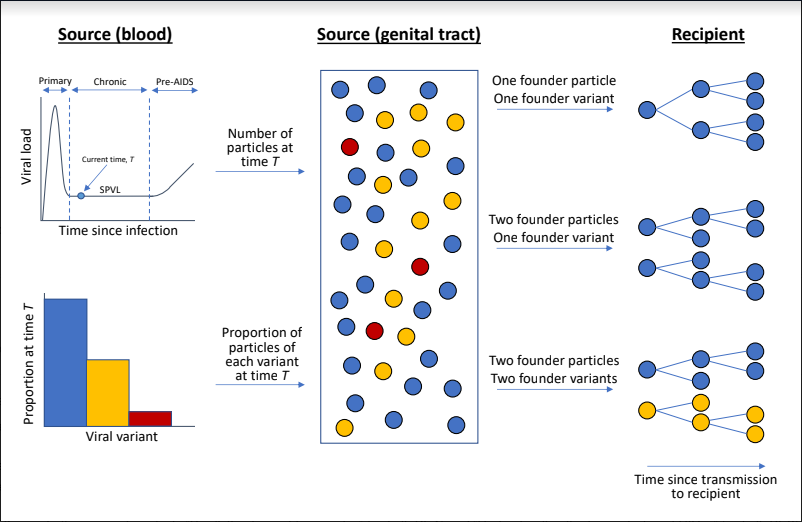